The Nature of the Hypothesis. 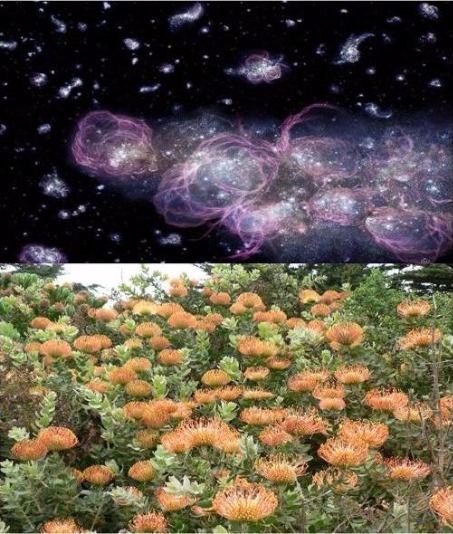 Where do physical ideas come from? Here we are just discussing ideas because precisely they underlie any physical theory. The idea commonly emerges in the form of hypothesis that explains a group of new facts. However just this component, the molding of hypothesis, is the most enigmatic link in the whole creative process. The new knowledge – hypothesis – can not be deduced from existing theories, for if this knowledge is already contained there then it is not new.

Newton said: “I feign no hypotheses” but this was not exactly correct. What he meant was his inability to establish physical mechanism of transmission of gravity between planets and the Sun. However the law of universal gravitation was also a hypothesis. What was Newton’s contribution in the law of gravitation? Newton’s law F = G m1m2/r2 was released in his 1687 work the Principia. The inverse-square law of gravity was proposed by French astronomer Ismail Bullialdus in his Astronomia philolaica, 1645. Robert Hooke proposed the idea in the letter to Newton. Experimental test of the law in the laboratory was done by Cavendish only 111 years later in 1798. Formally, only after Cavendish’s experiment, the gravitation became universal. But Cavendish's only goal was to measure the density of the Earth. Gravitational constant G as the fundamental constant was measured 186 years after Newton by Cornue and Baille in 1873. What has Newton done? He advanced hypothesis and tested it with the astronomical measurements of Kepler. The Kepler’s experimental laws were consistent with the hypothesis of gravitational law. This was Newton’s triumph; he proved this law not even knowing G and masses of planets and the Sun. The hypothesis was corroborated and became the law.
“I keep the subject of my inquiry constantly before me, and wait till the first dawning opens gradually, by little and little, into a full and clear light” Newton explained his method. However more important was his definition: “Genius is a patience of thought concentrated in the certain direction.” The first part of this definition was explained by Newton in the previous quote. The creation of a fruitful hypothesis requires continuous intensive reflection on a particular subject. The second part of Newton’s definition is not so simple. What does it mean “in the certain direction?” Why is this direction known to genius but not to others? Here is a main mystery of creativity.
Let us imagine the problem as a forest and the unknown hypothesis settled somewhere in the thick crown of one of the trees. How do we find it? The simple strategy is to follow the branches of all the trees in the hope of reaching a goal: tree by tree, branch by branch. This is a strategy of the ordinary human. Newton’s “in the known direction” means different behavior. For some reason genius makes only very limited number of attempts. If he starts with the wrong tree, he realizes it very soon and goes to the just the right tree and finds the only true way along the branches. How can he do it? No one knows, even the genius himself. The simple explanation is the intuition but nobody knows what it means. Instead of exploring all possible paths, a successful researcher “feels” correct one and follows it persistently.
Thus what makes the search for the correct hypothesis successful are two Newton’s attributes: patience of thought and intuition.
Another good example of creation of fruitful hypothesis is a creation of electromagnetic theory by James Maxwell. When Maxwell started to study electricity and magnetism this area of knowledge represented immense ocean of separate laws. After intensive analysis he picked out Gauss’s law, Faraday’s law of induction and Ampere’s law. There were obvious relations between electricity and magnetism but intuition prompted him that these relations were not complete. Maxwell postulated displacement current that allowed him to derive the electromagnetic wave equation. This hypothesis unified electricity, magnetism and light into one electromagnetic theory. The contemporaries did not accept this hypothesis. Even Thomson and Stokes supposed displacement current as unnecessary extravagance and Poincare wrote that Maxwell’s system resembles clumsy mechanical factory. This was consequence of mechanical model which Maxwell exploited to derive his equations. Later Hertz and Heaviside reduced a number of equations and produced a symmetrical set of four equations. Equations became beautiful in form but physics that was laid down by Maxwell did not change.
So the fruitful hypothesis, by whatever method it is obtained, is of paramount importance since it brings the new knowledge. There is not any strategy regarding creation of this hypothesis but its exact mathematical presentation and theoretical justification is not very crucial. A maiden appearance of a hypothesis normally is not aesthetically beautiful and usually the author piles around fairly crude system of props to “warrant” its appearance. Later many researchers will clear definitions, polish mathematical formulation and find numerous analogies with other theories.
New physical paradigm can not be derived strictly mathematically from a narrow circle of abstract conceptions. The extensive study of complete set of the relevant experimental and observational data has to be done before formulation of new hypothesis which can emerge then as a result of intuition. Therefore new physical idea can not be derived but rather it can be guessed basing upon facts.
The Elastonic Hypothesis.
Two conceptions lie in the foundation of elastonic hypothesis:
1. An existence of specific elasticity as a property of physical space.

2. A concentration of the elastic energy of physical space in the form of soliton-like entities – elastons.

Under soliton we comprehend here a long living spatial formation protecting its shape against spreading. Where does the concept of elasticity come from? It was inspired by the Clifford’s model: The Space-Theory of Matter (1870). James Beichler wrote:

“Nearly a half century before Einstein developed his general theory of relativity, the Cambridge Geometer William Kingdon Clifford announced that matter might be nothing more than small hills of space curvature and matter in motion no more than variations in that curvature.”

Clifford’s model was not a first application of non-Euclidean geometry to the real physical world. We need to recall the history of these applications. About 2300 years ago Euclid compiled his Elements from a number of works of earlier authors. His geometry is a summary of a previous human experience about properties of the surrounding space. It is very important that Euclidean geometry is a not a mental scheme but reflection of a real physical milieu and therefore it was consistent with reality from the beginning. Every step of this geometrical construction was in concert with experience.
Lobachevskiy reported his non-Euclidean hyperbolic geometry in 1826. He believed that only scientific experience can reveal which geometry is realized in the physical space. Lobachevskiy used data of parallax angle for Sirius measured by the Belgian astronomer d’Assad Montardier. He came to a conclusion that a radius of curvature of space is very large and deviation from Euclidean geometry, if it exists, is within the limits of errors. Lobachevskiy also supposed that the geometry of real space may depend of physical forces acting in nature.
There is a long standing discussion of the Gauss’s measurement of the curvature of the real space from three mountaintops in Hannover during geodetic survey in the 1820’s. Gauss introduced a definition of intrinsic curvature and was able to make this estimation. However observation in the optical triangles of this size had extremely low sensitivity.
Riemann, who developed non-Euclidean theory of higher dimensions, stated in On the Hypotheses Which Underlie Geometry that we can find out by experience the nature of space:

“Either therefore the reality which underlies space must form a discrete manifoldness, or we must seek the ground of its metric relations outside it, in binding forces which act upon it. This leads us into the domain of another science, of physic, into which the object of this work does not allow us to go to-day.”

Gauss and his student Riemann discussed astronomical observations for the purpose of testing geometry of the physical space. Irish astronomer Ball also made parallax observations in 1881 to distinguish between Euclidean and non-Euclidean spaces. However accuracy was not sufficient to make a decision.
In contrast to Lobachevskiy, Gauss, Riemann and Ball the Clifford’s model advanced in 1870 was an absolutely new idea. Matter is a portion of curved space moving on the average flat background. Clifford equated effective curvature of the physical space to matter. He started to develop mathematical model where the new entities “twists” represented matter and electromagnetism. Clifford assumed four-dimensional elliptic space with fourth dimension to be time. Unfortunately he did not finish his model due to his early death in 1879. Later Einstein used the idea of curved four-dimensional space-time to explain gravitation GR. Alternatively, Hilbert, Einstein’s collaborator, Weyl, Klein and others in the beginning of the 20th century attempted to make synthesis of curved space with Mie’s purely electromagnetic theory of matter. This line of thought originating with Clifford dried up as GR became the prevailing theory in physics.
Sir Arthur Eddington in his The Expanding Universe 1933 noted:

The very same approach may be applied to the GR itself which Eddington advanced in his book. Eddington argued further:

“This does not constitute an objection to the theory, for there is, of course, no reason for supposing space to be flat unless our observations show it to be flat; and there is no reason why we should be able to picture or describe the system in flat space if it not in flat space.”

So if we know now that the space we live in is flat, what the reason do we have to treat it as curved? The President of Royal Astronomical Society Arthur Milne said in his Presidential Address in 1944:

“The point is not whether a spherical universe free from internal self-contradiction, but whether it can exist. The analogy with the experiences of two-dimensional inhabitants on the surface of sphere is imperfect because it relies for its effect on our own acquaintance with a third dimension. The objects in an Einstein spherical universe cannot be put into correspondence with objects in nature unless every object at a distance is theoretically visible in two opposite directions, the one showing its front, the other its rear. I decline to accept this fantasy until it is known that there is no other way out.”

The GR itself can not predict global curvature of the space. It follows from a Friedman’s solution for homogeneous and isotropic universe that for the case of flat space the density of the matter has to have a specific value. However this critical value is much higher than follows from the observations. A deficit of the matter is more than 90%. This is a cause of introduction of 95% of dark matter and dark energy.
At last we have arrived! Instead of more precise description of Newton’s gravity we received the problem of explaining where 95% of the universe’s stuff is to be found. By the way Eddington explained:

“Einstein almost inadvertently added a repulsive scattering force to the Newtonian attraction of bodies. We call this force the cosmic repulsion, for it depends on and proportional to the cosmic constant. It increases proportionately to the distance. We have no direct evidence of an outward acceleration of the nebulae, since it is only the velocities that we observe.”

1. The naturalness of ubiquitous jets and outflows on the scales from protostars to galaxies.

2. The naturalness of “central engine” that creates flows of space, matter and energy.

3. Expansion of the World is simply a consequence of elaston evolution.
4. The natural origin of “foamy” structure of the World. 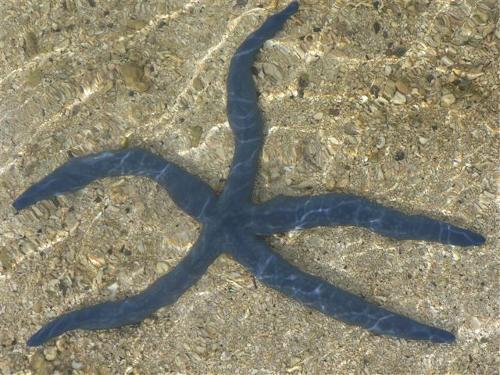